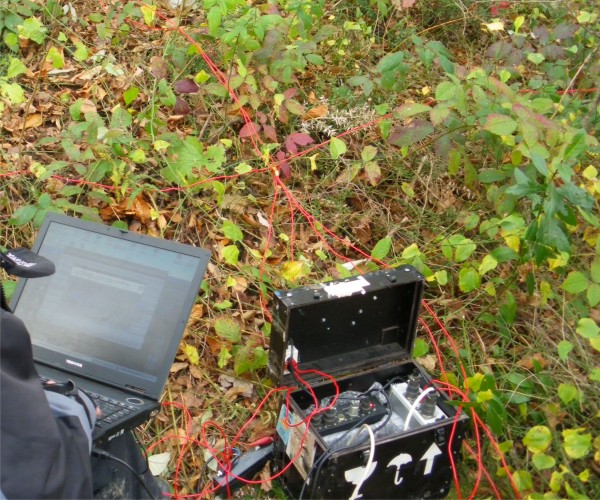 In December 2008, a team of specialists from Moscow State University Geophysics in the amount of two people and two specialists from Sochitranstonnonproekt TO-44 LLC carried out works under the agreement “Construction of the central highway of Sochi“ The backbone of Kurortny Avenue ”from km 172 of the federal highway M-27 Dzhubga-Sochi (r. Psakhe) before the start of the bypass of the city of Sochi PK0 (r. Agura) with the reconstruction of the road section from the street. Strawberry to Kurortny Avenue, Krasnodar Territory, (Phase II, Zemlyanichnaya Street to the River Sochi). ”

The main task of engineering and geophysical surveys was to study the geological structure of the upper part of the section along the axis of the designed structure (tunnel) to a depth of 10 to 60 meters, including:

When performing works using the ChZ method, innovative equipment “HF-EM” was used (OOO MSU-Geofizika, Moscow). The equipment is intended for geophysical work using high-frequency electrical prospecting methods (shallow depth fault, DEMP). The equipment set consists of a portable high-frequency square-wave generator (up to 1 A) and a meter synchronized with it. 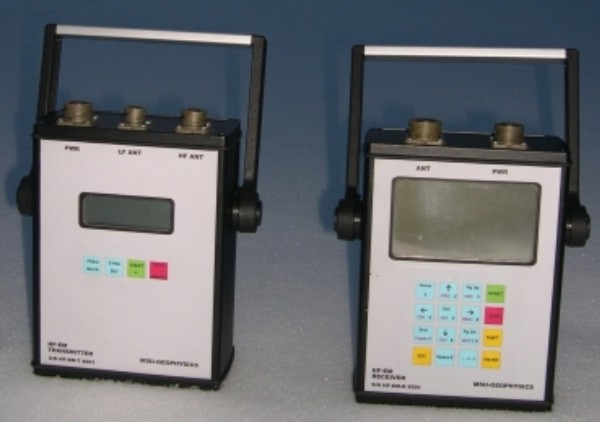 When using the equipment of frequency electromagnetic sounding, the field is excited and measured with the help of antennas (multi-turn frames) located horizontally or vertically up to 100 meters from each other at frequencies from 512 to 4 kHz. The maximum depth of research does not exceed the distance from the source to the receiver. The change in the electrical properties of rocks with depth can be traced by changing the frequency. Frequencies switch automatically, the registration time at each point is a few seconds. The received data is copied to the computer for interpretation. 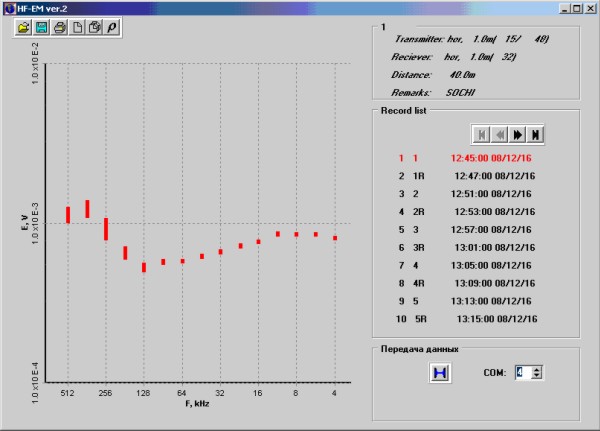 On the Central profile, as well as on the transverse profiles, measurements were made of the vertical and radial field components using the ChZ method with a step of 10 meters and a spacing of 40 meters.

According to the results of soundings, 1D mathematical modeling was performed using the EM-1D program (Pushkarev P.Yu.). 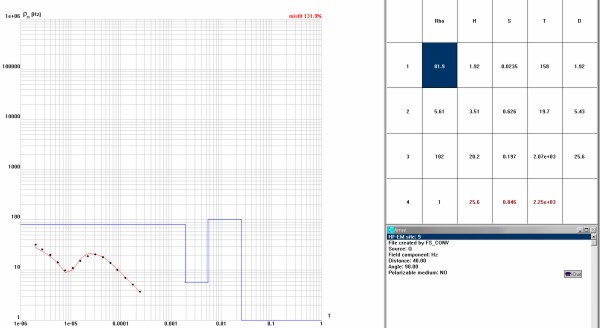 For operation using the TSB method (probing the formation of the field), the serial equipment Cycle-7 was used. An equipment set consists of a generator of bipolar, rectangular current pulses (up to 20 A) and a meter synchronized with it, a notebook computer such as a notebook and a power supply battery.

Using the PROBA-WIN software, the curves obtained during measurements were reviewed and edited to further process and interpret the data. 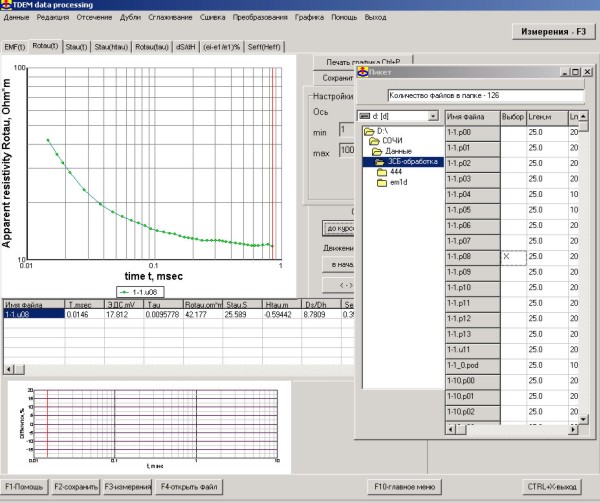 According to the results of soundings, mathematical modeling was performed using the EM-1D program (Pushkarev P.Yu.). 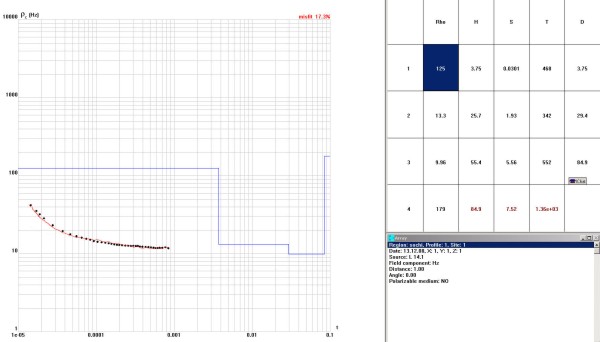 According to the results of the work, 7 geoelectrical sections were built, the first - the central one - passing over the designed tunnels and 6 into the cross of the lying profiles

According to the results of the office processing of field data, the depth of geophysical surveys was approximately 30–40 m according to the CZ method, and 75–80 meters according to the CPS method. three anomalous zones not characteristic of this type of section were also identified.

The lack of geological data makes it difficult to interpret the results of mathematical modeling, perhaps local and vertical electrical conductivity anomalies are associated with tectonic disturbances and landslide processes. During construction, these places should be given special attention, since they represent a danger to further exploitation and need more detailed study.

The authors of the report express their deep gratitude to the team of Sochitranstonstonelproject TO-44 LLC for assistance in carrying out the field work and discussion in preparing the report, which, undoubtedly, only improved the present work.